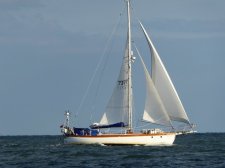 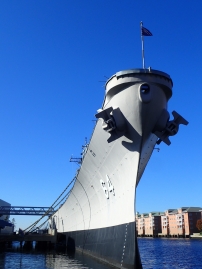 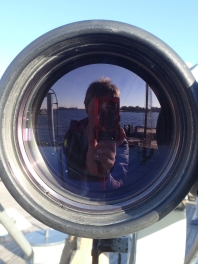 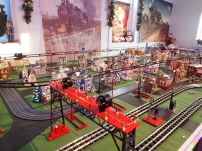 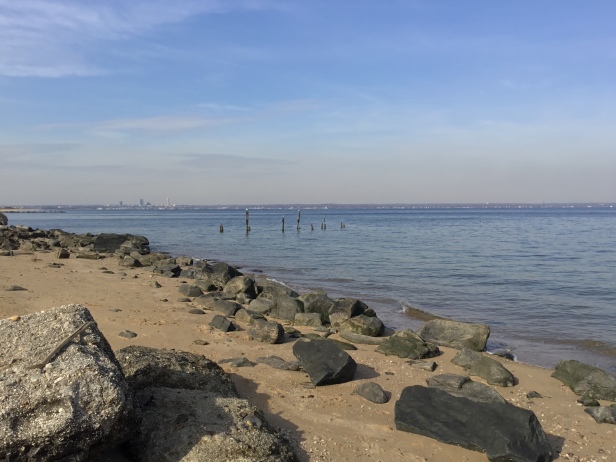 The past few days have had a similar shaped format. Alarm, 6.03am. I have this strange habit, (according to Dave), of never setting the alarm with a 5 or a 0 at the end. There maybe some bizarre and batty psychological reasoning behind this. But I have thought it through and this is my bamboozling logic.

If you always set the alarm with a 5 or a 0 at the end, you are cheating yourself out of a few extra delicious minutes in bed. Alarm goes off at 6.03. That means there’s two full minutes till 5 past or seven full minutes till 10 past. I actually get out of bed when the clock has a 5 or 0 at the end. By having another number, I can squeeze an extra modicum of time in bed before starting the day.

I know, I know. It may seem like cranky thinking with Swiss cheese sized holes in its logic but it works for me and for an easy life, Dave seems to trundle along with it too.

In brief précis, the alarm clock got us from just north of New York to Beaufort, North Carolina. In that time we’ve had our first and hopefully last snow storm of the year, a transit through New York for the second time, a day in Norfolk where we had a look round a retired warship and a pre opening show round of the annual toy train extravaganza in Belhaven.

We also helped out and towed a couple of stranded boats (not at the same time you understand) on the Intra coastal waterway, one which had run aground and another with transmission problems. The ‘pay it forward’ phenomenon I really like as a concept and I’d never heard of it expressed in such a way until, spending time in the states. Help someone out, could be a random stranger, and as ‘payment’, ask them to do the same for someone else in the future. So a ripple of kindness spreads out and a more caring society is created.

Sounds good to me.

We are back at Bock Marine, not to re enact the massive boat works we completed last winter. But to call in and see some friends, reprovision up, tick off a few small running repairs and improvements, and wait for a window to head to the Bahamas. Only a year late…..if we get there!

2 thoughts on “Heading south to the beep of the alarm”